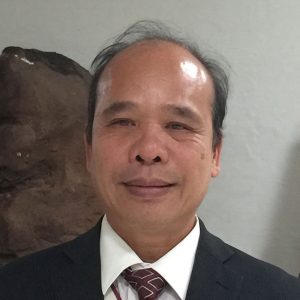 Truong left Vietnam with his wife in the evening of 22 Aug 1982 from Da Nang at the Tien Sa Port. The port was a military based; his group paid a senior officer to allow them to use the port to depart.

There were 24 of them, including a child, 2 teenagers, 3 women and 18 men. They left on a very small riverboat 8 m by 1.5 m. They brought plenty of drinking water but only 10 kilogram of rice because they did not want to draw attention from the guards.

They chose to go to Hong Kong (HK) because from Da Nang it was a shorter distance and safer than going to South East Asia, in term of pirate attacks. Furthermore, they knew that the authorities from China would not return them to Vietnam because after the Vietnam-China conflict in 1979 there was not diplomatic relationship between the two countries.

The whole journey took 9 days and 9 nights. First, they arrived in Macao. They were given food and shelter while their boat was being fixed. Two days later local authority in Macao sent them out and directed them toward HK.

Hours later, they arrived in HK, the police towed our boat into the dockyard. Truong said that the policemen who received his group were hostile. Although Truong did not understand the language, he felt unwelcome by the way the policemen handled him and his group.

They stayed on the dockyard for two days and then were taken to Chi Ma Wan closed-centre in Lantau island. When they left Vietnam, Truong and his group were not aware of the new ‘closed-camp’ policy in HK.

Truong described the camp as about the size of a football field, and at that time it held about 4,000 VBP. The camp had nine huts, a kitchen, a medical clinic, toilets and a basketball court.

At Chi Ma Wan, they stayed in one of the 9 huts that had nothing but rows of three-tier bunk beds. Families with children were assigned the lower bunks, single females were assigned the middle bunks and single males stayed on the top bunks.

Truong and his wife arrived in HK on 22 August with only one set of clothes they were wearing, and they wore the same clothes until October when they received clothes and blankets from the government. Truong described that each time he washed his clothes, he would leave his shirt out to dry but had to wear the wet pants and stayed out in the sun until they dried. He said that it was much more difficult for the women in this situation.

According to Truong, while in Chi Ma Wan, the refugees were managed by the police and the same prison regulations were applied to the refugees. The only differences were they were allowed to go to temple or church and they were given English lessons.

When they first arrived at Chi Ma Wan, Truong got a job at the laundry room where the police uniforms were washed and prepared. Later, he was working as an electrician to fix electrical problem throughout the camp and accommodations of the policemen. Truong said that the payment were insignificant but he was grateful to have something to do. His monthly payment was enough to buy a few packs of cigarettes and some candies for his wife.

Truong recalled there were lots of fights in the camp between North Vietnamese and South Vietnamese. The ratio of the two groups in the camp was about 50:50. Truong explained about the level of the fights, small ones involved two to four people, medium ones involved about 20 to 30 and large ones literally involved everyone. The small fights occurred about every few days, the medium fights about every few weeks and the large ones about every two months. He said, “when we go to the toilets, we never go alone, always a group of twenty to thirty people because if we walk around the camp alone, we could easily be picked on by the Northerners for no particular reasons.

Truong said his worst memory in HK occurred the day after his wife gave birth to their baby girl by cesarean section. A nurse at the public hospital pushed her from behind and told her to walk down stairs with the baby in her arms from the seventh floor, while she was in great pain with blood dripping down her legs. There were elevators but she was not allowed to use them.

Fourteen months later, the Australian Immigration department interviewed Truong and his wife, and at the end of the interview he saw the word ‘Accept’ written on his file. He was very happy. Six months after the interview, they were transferred to a transit camp where they stayed for 2 months to go through health check-up and the departure process. They arrived in Australia on 9 May 1984.

Reflecting on the experience as refugees, there were some individuals who treated them unkindly and looked down on them. However, as a whole, Truong said that the British HK Government’s policy was humanitarian, “I am grateful that the government accepted us, the VBP, gave us shelters and helped us find resettlement.”